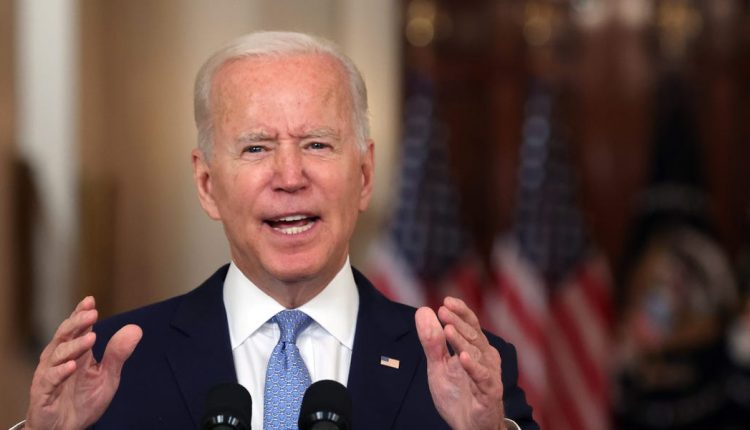 Welcome back to 10 things in politics. Register here to receive this newsletter. Also, download the Insider on-the-go news app – click here for iOS and here for Android. Send tips to [email protected] or tweet me at @BrentGriffiths.

Here’s what we’re talking about:


1. A NEW TONE: President Joe Biden has had enough. Gone are the days when an elected president and his top advisors downplayed all mandate talk. With COVID-19 hospital admissions rising, mostly among unvaccinated people, as the delta coronavirus variant spreads, the White House has taken a tough approach like never before.

Here are the key features of Biden’s Six Point Plan:

Up to 100 million Americans will be subject to new rules: Approximately 80 million Americans would be subject to the new requirement that workers in companies with more than 100 employees be either vaccinated or tested weekly, the Associated Press reports. About 17 million health care workers who receive federal funding would also need to ensure that their workers are fully vaccinated. More on what this means for companies.


The White House is also beyond the harassment of flight attendants: Under the new rules, passengers who fail to comply with the federal mask mandate will face a minimum fine of $ 500 and a maximum fine of $ 3,000, both of which have been doubled from their previous amounts.

Efforts to Increase Testing: Retailers like Walmart, Amazon, and Kroger plan to sell rapid home tests at cost over the next three months. Free tests will be expanded to 10,000 more pharmacies.

2. Department of Justice Sues Texas Over Abortion Act: Attorney General Merrick Garland said Texas law, which essentially bans most abortions, is “clearly unconstitutional under longstanding Supreme Court precedent.” The Supreme Court ruled in a 5-4 decision to allow the law to go into effect but failed to rule on its constitutionality. Former DOJ officials and legal scholars say the Biden government has limited resources to challenge the abortion law.

3. The Nation’s Second Largest School District Imposes Compulsory Vaccination For Children: The Los Angeles Unified School District School Board has approved a COVID-19 vaccination mandate for students 12 years and older, making it the first major school district in the US to implement such a policy. The district’s interim superintendent estimates that the district has 225,000 students who are 12 years or older and that 80,000 of them are unvaccinated, reports CNN.

4th The Taliban let 200 Americans leave Afghanistan. In the first airlift since the US troops withdrew, the Americans and other foreigners were given the green light to depart for Qatar, according to the Wall Street Journal. A Qatari official said the flights would leave Afghanistan on a daily basis. Get the full details.

5. Biden and Chinese President Xi Jinping speak for the second time: The White House said Biden initiated talks between leaders of the world’s two largest economies amid mounting tensions over human rights, trade, the coronavirus pandemic and other issues, the Washington Post reports. There were no announcements from the call, including whether the couple would meet for a face-to-face summit. Here are the relations between the United States and China.

6. House Dems reveal some details of their $ 3.5 trillion spending plan: According to the law, starting July 2023, all U.S. workers should have 12 weeks of paid parental and sick leave. Medicare could also pay for dental and visual aids and hearing aids. The federal government would also negotiate drug prices for at least 50 of the most widely used and expensive prescription drugs, including insulin. Here is what else is on the Democrats’ plan and how the legislation will be finalized in the coming days.

7th Andrew Yang is expected to announce a third party: Yang, the former Democratic presidential candidate and New York City mayoral candidate, will make the announcement next month, Politico reports. Its introduction would coincide with the publication of his new book, Forward: Notes on the Future of Our Democracy. More on the news.

8th. FDA encounters Juul decision: The Food and Drug Administration is delaying a decision on which Juul products can stay in the market and freezing nearly 40% of the e-cigarette industry that the company dominates, NPR reports. The agency said it had made a decision on whether to continue selling other products and rejected nearly 950,000 marketing proposals for flavored e-cigarette products. Federal measures have dramatically changed the e-cigarette market.

9th Federal Judge Blocks Florida’s “Anti-Riot” Law: District Judge Mark Walker said in the ruling that Florida’s definition of a riot could result in innocent people being prosecuted. Governor Ron DeSantis pushed for the law, leading to a handful of lawsuits from civil rights groups arguing that it violated First Amendment rights and targeted black people. More about the verdict.

Firefighters form a line of buckets on the ruins of the South Tower of the World Trade Center in a vain search for survivors.


10. A photographer looks back on September 11th: Twenty years later, photographer Alan Chin remembers the first moments after the plane hit the World Trade Center on September 11, 2001. “When we showed up, the whole world had changed.” A look at Chin’s photos and the stories behind them.

More stories to read tomorrow before the 20th anniversary:

A timeline of the day: Newspaper headlines the day after.

Today’s quiz question: Biden made his pandemic speech in the State Dining Room. An extract from a letter is carved into the ornate mantelpiece in the room. Which president wrote these words? Email me your guess and a suggested question at [email protected]

That’s all for now. God bless our first responders, their families and the memories of the nearly 3,000 people who were killed tomorrow 20 years ago.

Sunburn — The morning learn of what’s sizzling in Florida politics — 9.10.21