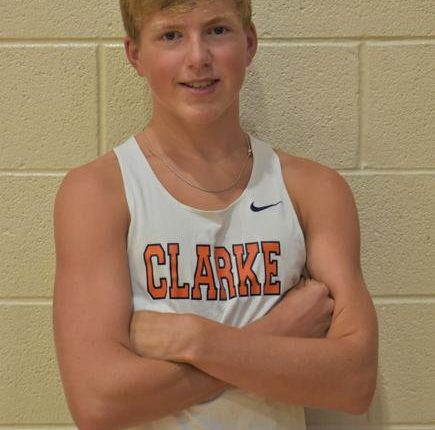 What do you love about cross-country skiing ?: It’s a mixture of team-oriented and personal goals. You can have friends to run with. You can aspire to win the meeting and you can set your own personal goals to exceed them and get better for the team.

Most Memorable Moment in Cross Country: Last year was my first year in high school cross country. In the end, I got a really high ranking in the Regionals. I finished third or fourth for the team, which was really good.

Most embarrassing moment in cross country: It was probably the time in middle school when I fell down the mountain on the home course. It was a little wet and there was originally a place where they took out a tree stump and there was a pit. I stepped into the hole and just rolled down the hill.

Most difficult moment in cross country: I think it’s determination. You have to be ready to put 110 percent into sport. The first mile is fine, but when you get to the second mile it becomes like a kick in the pit of your stomach. You have to somehow assert yourself and take one for the team. Especially at the end of the last 100 meters you have to give everything for a full sprint and do well.

Three people to have dinner with, dead or alive: Stan Lee, for being the creator of Marvel; Wernher von Braun, because he helped found NASA; Neil Armstong, he’d be cool because he was the first person on the moon.

Worst thing you’ve ever eaten: I really don’t like tomatoes.

Plans after high school graduation: I want to go to a four year college and possibly study aerospace engineering. My father has a childhood friend, Reid Wiseman, who eventually became an astronaut and flew to the International Space Station. That sparked my interest in space.