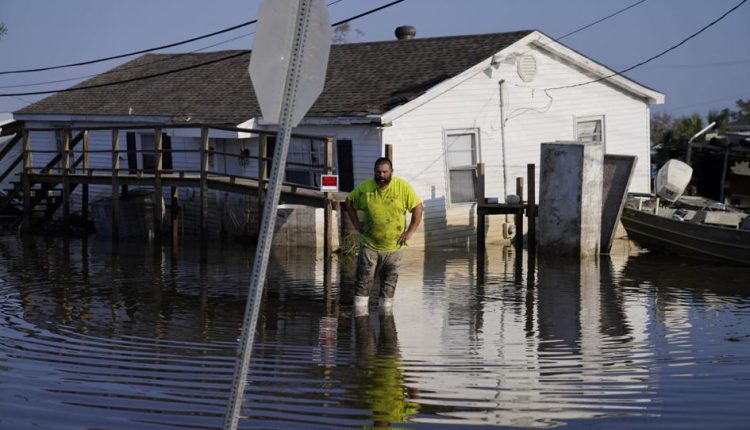 Louisianas have seen enough natural disasters not to wish anyone this experience, not even the insensitive souls elsewhere who wonder aloud every time a great storm rages ashore why the people live here.

So it was no joy to see the remnants of Hurricane Ida deal a fatal blow to the northeast so soon after it took hold in our state. Nevertheless, there was recognition. And there should be a common goal.

The country should be past the point where floods in one area and fires in another region against region or Democrat against Republicans. We know full well that climate change is upon us all, that the coastal areas of New Orleans and Louisiana are just as vulnerable as New York, Texas and California, to name a few states that have recently suffered from extreme weather conditions. It is now taken for granted that any part of the country could need help at any time.

Some of the federal aid is automatically triggered when a disaster strikes, including much of what comes from FEMA. But then there are various pots of money that have to be approved by Congress, and that’s where things get bogged down.

More than a year after Hurricane Laura Category 4, the Lake Charles area is still awaiting Community Development Block Grant Disaster Funds, which can be received through the Department of Housing and Urban Development and used to fill the gaps in other types of recovery assistance and insurance coverage. The top priority in the Calcasieu area is a permanent housing program modeled on the Road Home after Katrina and Rita in 2005.

Stephanie Grace: Our catastrophe demands a ceasefire from the permanent partisan wars

“When we talk about housing, it affects everything else,” Rev. Bryan Beam told me as the Laura Jubilee approached. The lack of suitable housing means that people cannot come home and the area is “very challenged” with the labor force both to keep the community going and to do the reconstruction. It also contributes to collective determination.

If the latest storm has a silver lining, it is that it has brought attention back to Louisiana’s unmet needs. The Biden administration eventually asked Congress to approve $ 2.3 billion in disaster bloc grants under a short-term government funding bill, a significant portion of which would likely go to Laura’s aid.

Areas affected by Ida will also need a lot of federal aid – a burgeoning housing crisis is already developing in Houma, with hundreds of tenants being evicted from apartments deemed uninhabitable – which could mean another long political blow.

Our Views: One year after Laura, Lake Charles deserves the full attention of Congress and the country

Or maybe not this time. The White House proposal calls for at least $ 10 billion or more initially for Ida-related costs. And given the wide reach of the storm, there is a real possibility of a multiregional, bipartisan coalition in support.

Something like this, affecting the same areas, has happened before. In 2014, Louisiana lawmakers looking to reform the federal flood insurance program teamed up with members whose districts had been devastated by Superstorm Sandy to ensure the cost of flood insurance wouldn’t force people out of their homes.

But it is just as common for politics to raise its head.

Some small conservative governments voted against helping Sandy survivors after the 2012 storm, including U.S. Senator Ted Cruz, R-Texas, who was labeled a hypocrite by the New Jersey government and Republican Chris Christie when he followed Harvey asked for help when the hurricane struck his state five years later.

Several Louisiana Republicans also opposed Sandy’s aid; At that time, then-US MP Charles Boustany, R-Lafayette, who voted for the aid, noted that the opponents had not been in Congress after Hurricanes Katrina and Rita in 2005 and had not survived the long battle for fairness in Louisiana Treatment. When Harvey struck, the delegation voted unanimously to provide aid.

We have all seen many storms since then, certainly enough to understand that regional and party political decisions shouldn’t matter who gets money and how quickly. Proposals are before Congress to remove the political maneuvers from the process and they deserve serious consideration.

Until then, it would really help if everyone in Congress voted as if their own voters were the needy. It is only a matter of time before they are.

9/11 20 years updates: Tribute in Lights shines at finish of anniversary