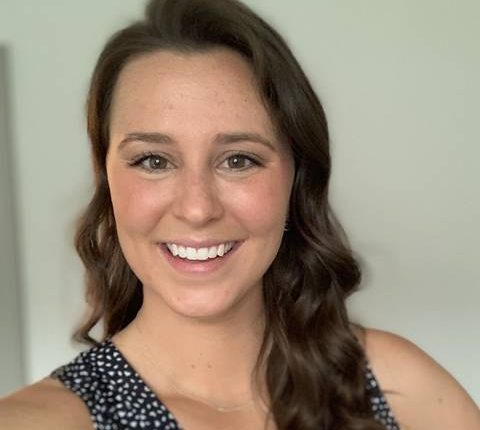 The Old Well on the UNC Chapel Hill campus.

A group of UNC Chapel Hill alumni, faculty, staff, students and other people interested in the university come together to stop political influences on campus decisions.

The group on Thursday launched the Coalition for Carolina to build a supportive network of allies “to defend the university’s independence from interference” and to “adhere to the principles of open inquiry, freedom of expression, justice and inclusion.” support.

The professor and UNC-CH faculty chairman Mimi Chapman first suggested the idea for this group in a comment in The Daily Tar Heel. The play followed the highly politicized controversy over the tenure of journalist Nikole Hannah-Jones that brought national attention to Chapel Hill that summer.

But the mood has swelled for years.

“There has been this story of great controversy in recent years,” Chapman said. “And many of them … find their roots in the governance structure of the UNC system.”

She said the problems were due to an overly political UNC System Council and the UNC-CH Board of Trustees, which are behaving differently than in previous years.

Lauren Horsch, a spokeswoman for State Senate Phil Berger, issued a statement Thursday saying, “Whenever a UNC decision is made that does not match the beliefs of this group, it is an ‘attack’ on the university , and every time a decision is made, they believe “to uphold the mission of the university”. These are some of the same people who sold the exposed conspiracy for lawmakers to meddle in personnel matters.

“Your motives are transparent. They just want a board of directors that puts a stamp on them in order to advance their own goals, ”continues Horsch. “This is just another conspiracy-driven guilt game. Those continually dissatisfied should investigate why 68% of Conservative students at the UNC said they self-censor their views in class. Perhaps it has to do with the fact that top executives at the university put their wish on paper to erase the diversity of viewpoints. “

The Coalition for Carolina notes that each current member of both boards of directors was appointed by a conservatively-led state legislature. Only one of the former MPs who sits on one of the two bodies is a Democrat. Key players in the higher education system are former politicians, funders, and close allies of high-level lawmakers who extend the power of conservative leaders beyond the halls of the General Assembly.

“There is a level of interference in campus matters that just makes decision-making difficult and takes away campus autonomy,” Chapman said. “The administration doesn’t have the delegated powers it needs.”

She said the same issues could arise regardless of the political affiliation of the board members.

“The first step is to get as many people as possible into this coalition and show the General Assembly and Board of Governors how many UNC Chapel Hill alums live, work and are affected in the state,” said Fitzpatrick.

Fitzpatrick said they are just getting started and they don’t have an agenda or a recipe. However, she hopes they can help bring public university funding back to pre-recession levels and give universities back their autonomy so there is less micromanagement and more growth across the system. This could require policy changes at the trustee and BOG level.

“A Series of Embarrassing Episodes”

The group launched their website on Thursday and posted a full-page ad in the September / October issue of Carolina Alumni Review entitled “What the hell is going on at Carolina?” It promotes teaching, cutting-edge research, and the university’s national rankings, while criticizing the lack of authority and autonomy that Chancellor Kevin Guskiewicz and other campus leaders have.

UNC-CH is “led or should one say controlled by a group of partisan politicians who have overtaken the governing bodies of our institutions,” the ad said.

The group says these individuals “avoid the principles of transparency and governance upon which this university is built”.

The ad mentions “a number of embarrassing episodes,” including handling the Silent Sam Confederate memorial, reopening plans, and vaccination protocols during the COVID-19 pandemic and Nikole Hannah-Jones’ official controversy. Each of these campus controversies brought Chapel Hill national attention, sparked numerous campus protests, and made students and faculty feel like they were not a priority.

“Decisions that will shape the future of Carolina should be made in Chapel Hill,” the ad said. “Instead, they are secretly made and inspected 45 kilometers away. In a place called Raleigh. “

Perry said that in those cases, the university was hired to do things that created additional problems. He said they would not have been nearly as controversial or controversial if campus executives had been able to make decisions without outside political influence from lawmakers.

He pointed out that the legislature had stripped the campus board of trustees of the powers of appointment that the governor once had and ignored recent recommendations from the UNC-CH Chancellor and the Board of Trustees.

“The self-determination and ability of each campus to manage its affairs has been watered down significantly in recent years, and I think we would hope to return to how the system worked in ages past,” said Perry.

In addition to providing a forum for stakeholders to voice their concerns, the group will also spread good news on campus and highlight the work of faculty, researchers and students. The group claims to be non-partisan and have around 100 members, although there is no published list.

“We strive to raise awareness of all the great things,” said Fitzpatrick, “which, frankly, have been minimized a bit because of all the chaos and controversy.”

In a statement on Thursday, Guskiewicz said: “As a taxpayer-backed public body, our partnership with the General Assembly is vital. We continue to serve the people of North Carolina and beyond through the university’s priorities and achievements as a great public research institution. “

Kate Murphy reports on higher education for The News & Observer. She previously served in higher education for the Cincinnati Enquirer on the Investigation and Corporate Team and on the USA Today Network. Her work has won state awards in Ohio and Kentucky, and she was recently named a 2019 Education Writers Association finalist for digital storytelling.
Support my work with a digital subscription

The vanishing attract of doing enterprise in China