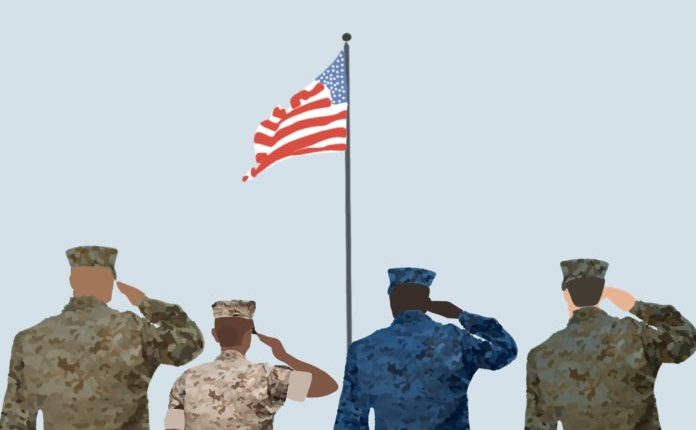 Veterans fought for freedom, not politics

“I am American and I fight in the armed forces that protect my country and our way of life,” says Article I of the US Armed Forces Code of Conduct. “I am ready to give my life in your defense.”

How many of us can honestly say that we ever promised these words? How many of us have raised our right hands and swore to sacrifice ourselves to defend this country and its people? The answer is probably not that many, so they deserve our respect when it comes to our soldiers.

Many times when members of the armed forces are killed in action, it almost seems like our nation takes a deep breath before wiping away its noble sacrifices by using them in narratives in whatever way they can be useful. This is by no means a call to remove their victims from the narrative; rather, it is a call to use their stories in the right way.

As a society, we are too quick to politicize the problems we face, and this politicization causes our focus to shift to the wrong places. When it comes to honoring the men and women who give their lives for both our nation and our way of life, it must never be the case.

For example, when the Vietnam War ended and was viewed as a loss, American citizens met these veterans at the airport with frustration, suspicion, and hatred. Rather than taking their anger at the problems that caused the war, Americans treated the soldiers who came home with bitterness. Many veterans remember being spat at, objects pelted, and grappling with lack of benefits.

You should never belittle the sacrifices made by members of the armed forces just because it harms your agenda, and you should never use their deaths for selfish gain or to strengthen or advance an argument.

Anyone who chooses to conveniently “forget” or “move on” those who sacrificed their lives in the service shows that they have no real gratitude or respect for our military. The honor and respect due to a fallen soldier becomes hollow even when his memory is used only to spread a narrative or dominate an argument.

It is time Americans everywhere exhibited one quality expected of every single service member: integrity. Forget politics and self-interest. Those who do not have enough integrity to obscure their own plans in honoring our fallen heroes never deserve their respect, service, or sacrifice.

Forget about your agenda. It doesn’t matter who you blame. Honor these brave men and women with pure intent.

We are grateful to the 13 soldiers who paid the highest price in Afghanistan for their sacrifice and will remember their brave legacy.

We thank you for your commitment and service to all soldiers, airmen, sailors, marines, coast guards and guards who have raised their right hands and sworn to defend this nation with their lives.

Making an attempt to Promote Your Enterprise? Skipping This One Step Will Go away a Fortune on the Desk