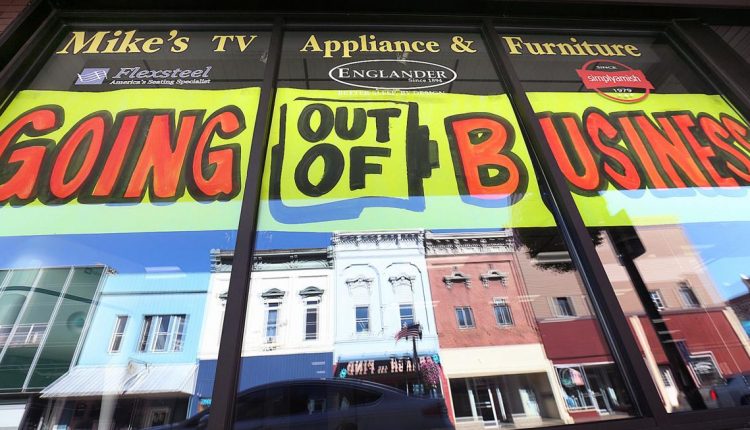 Mike’s TV, appliance and furniture owner Mike Haas (center right) and wife Julie (right), who run their downtown Sparta business with son Henry and daughter-in-law Stephanie, are going out of business after 47 years.

Sales began on August 13 and will continue “until inventory is exhausted,” said the couple’s son, Henry Haas, who with his wife Stephanie helps his parents run the business. The store should be closed by the end of the year.

“We’ll miss it,” said Mike Haas of the retail store closure. “But let’s face it, when you’re 72 (like him) you have to slow down.” He worked 60 to 70 hours a week, and he and his wife both have health problems.

Mike’s TV, Appliance & Furniture stopped selling televisions about five years ago, said Mike Haas. “People started throwing televisions away when they broke instead of getting them fixed,” he said.

Your membership enables our reporting.

Mike Haas started repairing televisions in his father’s shop (Art’s Hardware) in downtown Sparta when he was about 12 years old. In 1974 Mike went into business for himself, selling televisions and repairing electronics in the basement.

The Basics Of Sheet Metal Fabrication

This Job Is Ideal For People Who Enjoy Solving Problems…

You Can Progress As Diesel Mechanic And Earn Higher…

This Will Make Your Dog Feel Secure And Comfortable With…